Deprecated: The $control_id argument is deprecated since version 3.5.0! in /home/customer/www/morphbots.co/public_html/wp-content/plugins/elementor/modules/dev-tools/deprecation.php on line 304
 Morphbots & the Drive to Create Morphbots® Skip to content

Meet Alan Jackson, co-founder of MorphBots, as he gives a brief history of what led him to MorphBots. 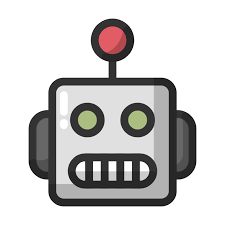 “In the eighties, I was part of a company that performed laser shows in schools and planetariums in New York, New Jersey and other states. This led to meeting the New York Hall of Science and their special project: the chairman of the Association of Technology Centers – the trade organization for Science Museums – challenged its members to build a model of an atom. Easy, right? No, this had to be a three dimensional animated image of an atom. At that time, there were a few three dimensional displays built by research laboratories but nothing available commercially.

The Hall of Science was one of only two museums to take on the challenge. Perhaps everyone else was being practical and passed. The Hall of Science approached us about the project. We did not hesitate as we were confident that we could build the device. The basic principle was to shine a scanned laser beam on a moving screen. The motion of the screen creates a three dimensional image. There was no easy way to do this project. We started by doing simple experiments by projecting a laser on a rotating piece of cardboard. We created a crude three dimensional image – enough to proceed to the next step.

We used the cutting edge technology of high speed laser scanning with acoustic optic modulators to create an image. But we did not have a mechanical system to move the screen on which the laser image would be projected. From our experiments with the rotating piece of wood, it seemed that the easiest way to move the screen was through rotation. Rotation is easy. Just hook up a motor and control it so it turns synchronously with the laser image. Both we and the Hall of science tested different screens. After much experimenting it seemed that there was no solution and both the customer – the Hall, and vendor, us, seemed ready to quit.

I could not accept this. So after a trip to Home Depot to get some parts, I built another, final, screen mechanism. This screen had to be different in some fundamental way. All of the previous screen mechanisms involved rotation. But sometimes the easy way is the difficult way and the difficult way is the easy way. I built a screen that reciprocated. This was more challenging mechanically but it was easier to create an image for it. It was a crude looking thing but we were out of time. We invited the Hall to make a trip to our office and take look. They saw the device and the image and they loved it. The project was saved. We built the display and installed it at the Hall of Science where it ran for 19 years. Fast forward to today.

Technology is rocketing forward at an ever accelerating pace. It is common for ideas that appear in science fiction to make their way to reality. Remember the two way wrist TV in Lil Abner? Now we have cell phones. Or the robots in the Jetsons? Now we have robotic toys. Considering the pace of technology, science fiction might be science facti

on. The same drive to create a three dimensional display that had never been seen before, is now used to create a revolutionary robotic system for education that is the only one of its kind.

MorphBots is a system of modular robots that are 3″ square blocks with a sophisticated motion system inside them. They can attach and detach from each other. They can assemble themselves under their own power by moving along each other to form any configuration. A cell phone is used to design the configuration you want. It can be a car, walking robot, game or anything you can imagine.

There are dozens of robotic systems for schools on the market. All of them have one thing in common. Not one of them can assemble themselves under their own power. They either have no provision for assembly or have to be assembled by hand. The ability to self assemble opens up possibilities unique to the MorphBot system.

In the classroom, time is at a premium … every minute counts. MorphBots can provide a complete learning experience in one class period. For example, for a class of 25 students, the class breaks into 5 teams of 5 students. Each team can design a configuration. To get the best result, students work collaboratively within the team. Each configuration can be reproduced in a minute or two so that the configuration created by each group can be seen and reviewed by the entire class.

The system appeals to all grade levels and abilities. For young students, simply draw a configuration on a phone or computer by placing a dot in each space where you want to put a block. Go to another page and place dots to create another configuration. Press “Play” to see one configuration change into the other. For older students, easy to use software allows them to create a game, or use sensors, or accomplish tasks, like moving objects around. Create any mechanism you want in software and see it materialize in front of you as the MorphBots move themselves into place in a minute or two. No need to assemble your device with a set of wrenches and pliers, taking weeks or months to complete the project. And, the configuration of your device is stored as a file on your computer or phone. Just load the file and recreate the device. The guiding principle is to bring technology that used to be beyond our reach into a world accessible by everyone.” 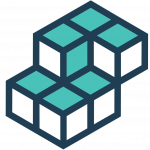 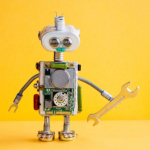